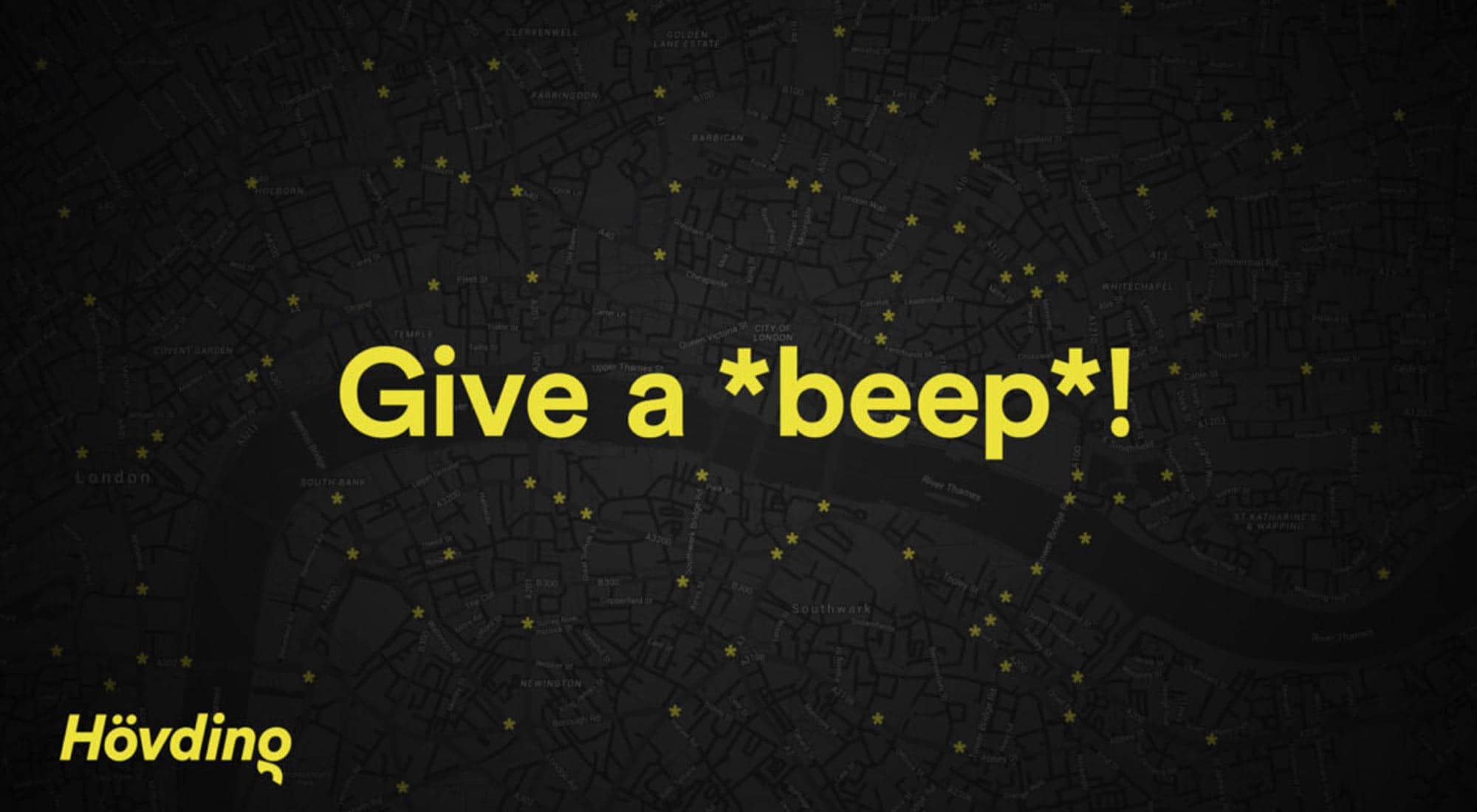 Turning road rage into something constructive.

Together with Hövding—the creator of the world's first airbag for cyclists—we developed a new bike bell. This new technology allowed frustrated cyclists in London to channel their road rage constructively: alerting city planners for danger spots as well as pushing the newly elected Mayor to keep his promises towards the London cycling community.

With the Flic button transformed into a connected bike bell, each click registered a geo-position on an interactive map available at the campaign site and sent an email to the Mayor’s office—reminding him to live up to his pledge. Which he did! And the idea of the project was adapted by multiple cities in order to transform the future of infrastructure.

Give a Beep was also the first campaign ever to receive the prestigious D&AD Impact Award. A program to recognize and support creative ideas that are making a real and positive difference to the world.